skip to main | skip to sidebar

I needed a new alarm clock.

The last time I bought an alarm clock was in late Jan/early Feb of 2005.* That alarm clock cost about 5.99 and did nothing but buzz at a set time. &nbsp;The other alarm clock I've been using is, I'm pretty confident, more than 10 years old. I'm pretty sure I owned it in Longview. &nbsp;Anyway, the 5.99 Walmart one crapped out a few weeks ago, and the one I bought from the Chinese 'everything' shop the other day turned out to not actually keep time--which would seem to be the basic requirement for an alarm clock.

So I went to Target to buy a new one and--lo and behold--oh the things alarm clocks do now! &nbsp;Alarm clocks these days include features like: &nbsp;automatic time-setting via . . . radio (?); most of them allow you to dock your iPod and wake up to it, and a few have a generic audio input--just in case I wanted to plug my computer up to my alarm clock; several project the time and/or date onto a wall or ceiling (freaky); some played CDs (so old-fashioned!). &nbsp;

I think I must have spent at least 30 minutes staring at this array before deciding on the three** features I wanted, in priority:

(1) An alarm that automaticaly resets each day w/o my needing to turn it on (i've never had such a feature before, but cool!).

(2) Smallish size (all those features take up mucho room, and I have a small nightstand).

(3) Not-red LED. &nbsp;I definitely prefer green or blue.
Anyway, I found a new alarm clock. It was decently cheap. On the downside, I visited target, which never never leads to anything good. Especially since I was in the electronics section. I totally want a Wireless-N router. And a Wii. And a printer . . . .

* Yes, there is a reason I know exactly when I purchased this alarm clock. &nbsp;On a related note, I've noticed that one pleasant side effect of moving regularly is that it's easy for me to place the timing of events. &nbsp;The other day someone said American Idol had been on for 10 years. &nbsp;I pointed out that couldn't be true because I remember talking about it when it was a new thing in Maryland--so Winter/Spring of '04.

** There is actually feature (0)--that it plays radio. I've recently discovered that waking up to NPR is bad ass. It engages my mind in a way that is similar to talking to someone, which is useful for waking up. Also, the New York NPR station is *also* badass. Anyway, I didn't list this feature because there wasn't a single alarm clock that didn't have a radio.
Posted by Sydney at 7:28 PM 2 comments:

This morning I got a chance to read a Crime Stoppers flier posted in the Nostrand subway station where I catch the A train every morning.

It was a flier requesting information about a murder committed back in 2005, and the most interesting part is where it stated, "part of his dismembered body was recovered in a subway tunnel at the Nostrand Ave station."

Nothing like gruesome crime to start off a week.
Posted by Sydney at 10:11 AM No comments:

When I first got to New College, in the first month, and quite possibly the first week, there was this afternoon. It actually could've very easily been an evening, and not an afternoon, actually, since it was August and it doesn't start getting dark that time of year until close to 9 p.m.

Anyway, Houston was playing his guitar. We were all sitting around in Third Court, outside of Anna and Elaina's room. I'm not entirely sure who 'we' were--I know it included Jake, presumably Anna and Elaina, since we were outside of their room, and I'm pretty sure my roommate Sarah and Will were there as well. An interesting collection of people, really. Anna and Elaina only made it a semester at New College. I don't know what happened to Houston--I don't remember seeing him past second year. Sarah dropped out a week into second year. In fact, Jake's the only one who graduated on time. I graduated a year late, and I think Will graduated after me. Point being, despite our hanging out on this particular afternoon/evening, we weren't actually friends--but we didn't know that yet.

Houston played a song by Third Eye Blind called "Motorcyle Drive-by." While I owned the CD it came off of (their self-titled debut album), I'd never really noticed the song until he played it. A little while later it became a favorite of mine, and today it's one of my all-time favorite songs, if not my absolute favorite.

There's no real value to this entry; it was inspired by my desire to capture the moment. Lacking a photograph, I figured words were the next best option.

Fastest way to get out of jury duty (outside of being an attorney/law student): state that you believe in the power of jury nullification. If you're lucky, they'll dismiss the entire panel with you.

Word of the day (from Justice Cardozo, via Corporations class):
punctilio - a fine or petty point of conduct or procedure
Posted by Sydney at 9:44 PM No comments:

Why they were communicating via loudspeaker, I couldn't tell you.
Posted by Sydney at 11:57 PM No comments:

I just saw a moving truck parked on West 4th. The name of the moving company was "Schleppers." How awesome is that?
Posted by Sydney at 9:26 AM No comments:

Well, in the hopes of blogging more--just for Berck--I installed Google's little Blogger dashboard widgit. It's really rather cute. So now I can blog from here.

I just got home from Florida, and did the very stupid thing of falling asleep around 2:30 for 6 hours. I've probably screwed myself for the rest of the week. Hopefully Benadryl or something will be able to knock me out around 1 or 2, or I'm going to be really suffering through my 7 hours of class tomorrow.

The most interesting thing I did while in Florida was run around Apopka doing errands. It actually *was* rather fun. I sort of felt like an alien, though--like i was out of place. I had to jump over bushes to walk between Walgreens and Albertsons--apparently I was supposed to drive. In Walgreens and Albertsons I kind of walked around, mesmorized at the sheer size and selection of the stores. I think the Apopka Walgreens is larger than my corner grocery store, and doesn't have that much worse of a grocery selection!

Alright, I have to go do tax, but more later...hopefully.
Posted by Sydney at 8:23 PM No comments: 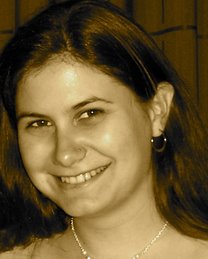